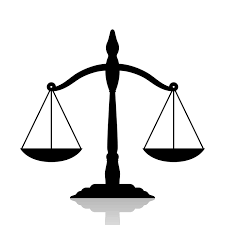 Opinion of the ECJ Advocate General

France’s Retirement Pension fund for Professional Air Crew in Civil Aviation (CRPNPAC), which administers the supplementary retirement pension scheme for air crew in civil aviation, is pleased with the opinion announced on July 11, 2019, by the European Union Court of Justice’s Advocate General, regarding a case brought by CRPNPAC against the airline Vueling.

For the first time, a case has been brought before the ECJ regarding the complex issue of the fraudulent posting of air crew members under industry-specific rules.

At this point, even though only an Opinion has been announced, we would like to emphasize that the Advocate General:

☞ Has pointed out that the systematic posting of air crew members constitutes fraud;

☞ Has asked the ECJ to rule that judicial and administrative authorities are complementary, rather than competing, powers, meaning that a domestic judge can disregard an A1 certificate without having their hands tied or being bound by any processes initiated between Social Security institutions.

CRPNPAC’s chairman Michel Janot has this to say: “The Advocate General has carried out a detailed analysis of “low cost” airlines’ business model and of industry-specific rules on postings and applicable Social Security legislation. The proposed plan to combat A1 certificate fraud is practical and effective. If the ECJ goes along with the Advocate General’s proposal, CRPNPAC and its longtime partners will finally have the means to combat fraud in the air transportation industry. The matter is now before the Court, which has the legal means at its disposal to rule in favor of anti-fraud and social dumping measures in the air transportation industry.”